Rather Than End Controversial Medicare Initiative, Biden Gives It a Makeover 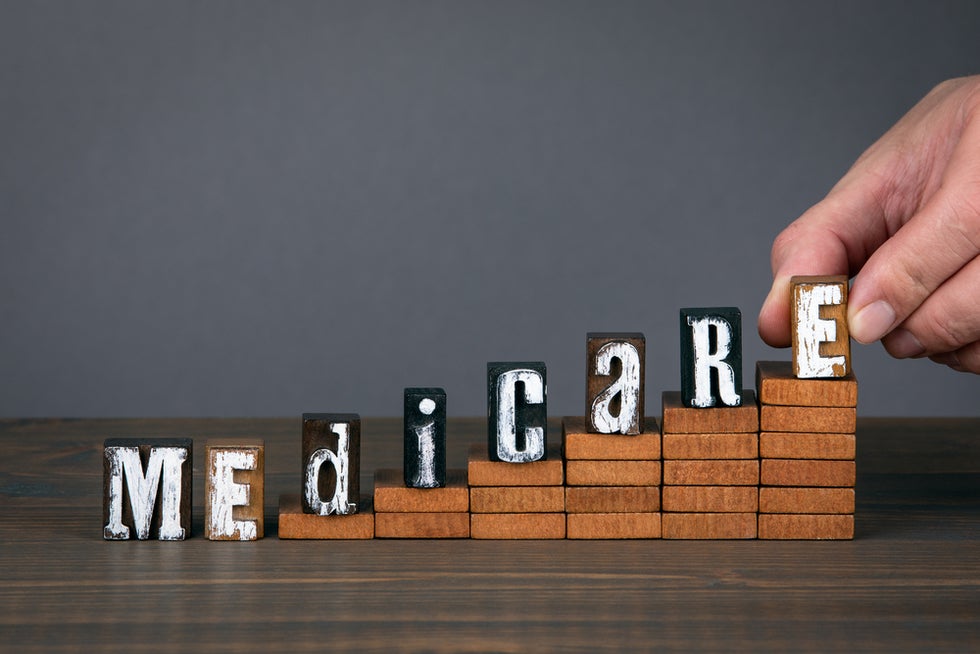 Direct Contracting's critics, who view the scheme as a backdoor effort to privatize all of Medicare, were not reassured.

“ACO REACH is Direct Contracting in disguise,” said Dr. Susan Rogers, an internal medicine physician and president of Physicians for a National Health Program (PNHP), which has spearheaded the opposition to the initiative. “This new model doubles down on Direct Contracting's fatal flaws, inserting a profit-seeking middleman between beneficiaries and their providers.” The group renewed its call for the Biden administration “to eliminate all profit-seeking in Medicare” and had launched a new website, Protect Medicare.

Initiated under President Trump but continued by President Biden, Direct Contracting is an effort to reduce costs and streamline care by allowing private health care providers to engage in “risk-sharing arrangements” with traditional Medicare.  The model inserts Direct Contracting Entities (DCEs) between traditional Medicare beneficiaries and their medical-care providers to manage care and control costs. Like Medicare Advantage plans, DCEs -- most of which are investor-owned and include private equity firms, Wall Street investors, and large private health insurance companies -- receive a monthly payment for a specific group of patients.

As is the case with Medicare Advantage, the less money the plans spend on patient care, the more money they and their investors pocket. But while Medicare Aadvantage insurers are required to spend 85 percent of their revenues on patient care, DCEs are allowed to keep up to 40 percent of the taxpayer dollars they receive as profit and overhead. Advocates warn that, as with Medicare Advantage, DCEs will have irresistible financial incentives to deny care and to “upcode” patients – that is, to tell the government that patients in their care are sicker than they really are so the DCE can receive a higher reimbursement.

The Direct Contracting “pilot” program affects Medicare beneficiaries in 38 states, Washington, D.C., and Puerto Rico, potentially covering 30 million of those in traditional Medicare. Nearly 100 DCEs have signed contracts to be the fiscal intermediaries between patients and their providers. If you are enrolled in traditional Medicare, “Medicare plans to enroll you in this new model by the end of this decade, as early as next year in some cases,” writes retirement reporter Mark Miller.

The federal Centers for Medicare and Medicaid Services (CMS) calls the ACO REACH Model “a redesigned version” of Direct Contracting and said it will start in January 2023.  Meanwhile, Direct Contracting will continue for another 10 months.

CMS promises the new initiative will include more oversight, transparency and beneficiary protections to keep the new care entities from denying care and gaming Medicare's coding system in order.  To ensure doctors and other health care providers play a primary role, the ACO REACH will increase the share of providers in DCE governance from 25 percent to 75 percent. CMS will also step up the screening of DCE applicants and strengthen monitoring of program participants to ensure beneficiaries receive “high-quality, patient-centered care.”

The ACO REACH Model will also include “stronger protections against inappropriate coding and risk score growth,” according to CMS.  Current Direct Contracting participants must agree to meet requirements for the ACO REACH Model by January 1 of next year in order to continue their participation.

PNHP contends that the profit motive will overwhelm these protections because ACO REACH entities will ultimately be accountable to investors.

“You can't slap a band-aid on a tumor and call it cured,” PNHP's Dr. Rogers said. In an email to supporters, she outlined ways that ACO REACH is, in her words, Direct Contracting's “evil twin”.  The REACH model will:

While denouncing the redesigned program, advocates were cheered by CMS's parallel announcement that it is permanently cancelling the Geographic Direct Contracting (Geo) Model, which the Biden administration had paused last year. This most extreme version of Direct Contracting would have auto-assigned every traditional Medicare beneficiary living in a number of large geographic regions into a Medicare Advantage-like “Geo DCE” without the right to opt out.

Rep. Pramila Jayapal (D-Wa.), who over the past two months has rallied her colleagues to oppose Direct Contracting, said the ACO REACH model should take effect sooner and does not go far enough: “While I'm glad to see the administration taking steps to redesign this flawed program – I am disappointed that these changes will not be enacted for 10 months and that there are no limits on how many seniors are funneled into this experimental model. More needs to be done, and I will continue to fight tooth and nail against any and all efforts to privatize Medicare.”

Chairing a Senate Finance Committee hearing in early February on the future of Medicare financing, Sen. Elizabeth Warren (D-Mass.) called on the Biden administration to end the Direct Contracting model.

“It is completely baffling to me that the Biden administration wants to give the same bad actors in Medicare Advantage free rein in traditional Medicare,” Warren said. “President Biden should not permit Medicare to be handed over to corporate profiteers. Doing so is going to increase costs and put more strain on the hospital insurance trust fund.”