A Modest Raise for Nursing Home Workers Could Save 15,000 Lives a Year: Study 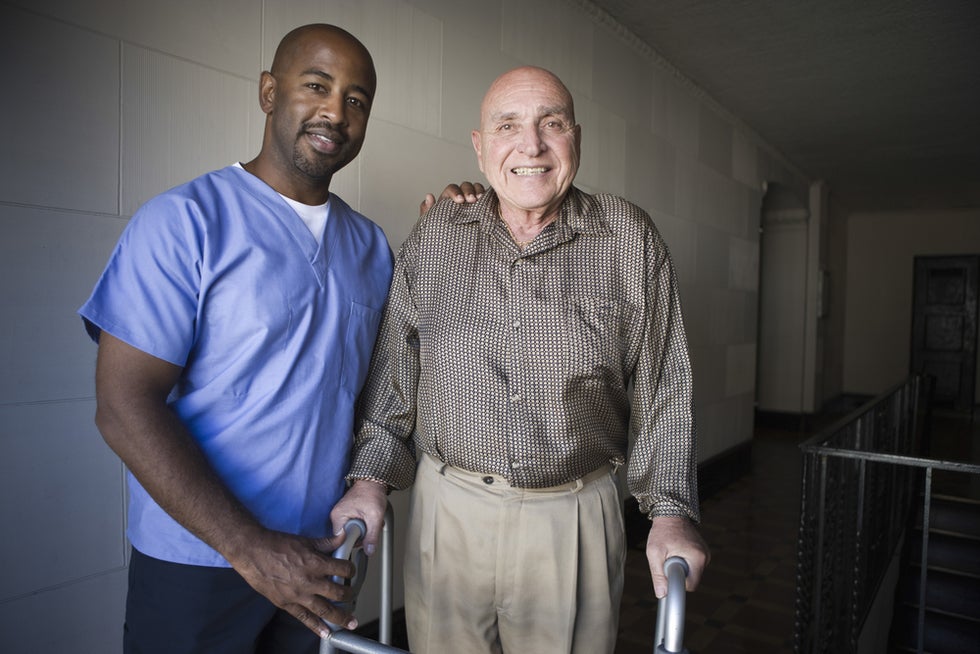 Raising the minimum wage by as little as 10 percent would significantly improve the safety and health of nursing home residents, according to new research.

Most direct care in nursing homes is provided by nursing assistants, who make up about 40 percent of the nursing home workforce and are among the lowest-paid workers in the U.S. economy. Nursing assistants help residents with activities of daily living like eating, bathing and dressing, and work with certified nurses and elder care teams to monitor patients' conditions.

Due in part of their low wages, nursing assistants frequently change jobs for better pay or working conditions.  “Between 60 percent and 85 percent of nursing assistants leave their employers each year, most often to go work in other nursing homes,” writes Krista Ruffini, a visiting scholar at the Minneapolis Federal Reserve. Nursing homes frequently report difficulty in recruiting and retaining staff, she says.

Ruffini recently looked at the impact increasing the minimum wage has on nursing home staff turnover and quality.  She compared facilities in hundreds of U.S. counties that had increased their minimum wage with those that hadn't between 1990 to 2017.

In findings based on her preliminary data published in a working paper, Ruffini found that “increasing the minimum wage by 10 percent would reduce the number of health inspection violations by 1 percent to 2 percent, the number of residents with moderate to severe pressure ulcers [bed sores] by about 1.7 percent, and the number of deaths by 3 percent.”  The 3 percent reduction in deaths, she notes, translates to 15,000 fewer deaths in nursing homes each year.

Ruffini found that raising the minimum wage reduced turnover and increased tenure among nursing assistants.  This greater continuity of care, she says, translated into improved health and safety conditions for the patients.  At the same time, nursing home profits held steady because the extra costs were passed on in the form of higher fees.

Ruffini notes that her findings have particular relevance in a time when the coronavirus pandemic is overwhelming nursing homes.  Comparing a facility's number of COVID-19 deaths with its quality-of-care performance, she concluded: “The data provide some suggestive evidence that higher service quality is associated with fewer deaths from COVID-19 in nursing homes.”